Posted on December 5, 2016 by anitaskocz 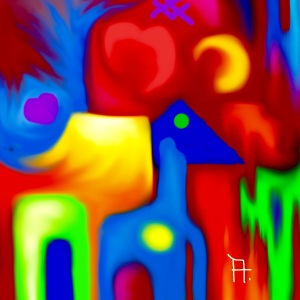 “The mortal self—defined by the body, described in terms of worldly circumstances, and at the effect of the material world—is but an aspect of who we are. In fact, the body is like a wall we have built around an invisible self. That invisible self—be it called the Christ, or Buddha Mind, or shekinah, or by any other name—is who we essentially, fundamentally, and eternally are. You are not a body, but an eternal spirit. You were alive before your physical birth, and you will be alive beyond your physical death. What God creates cannot be uncreated.

It is a radical commitment to try to remember who we are in a world that does all it can, every moment of every day, to persuade us that we are who we really aren’t and that we aren’t who we really are. The world as we know it is organized around the denial of spiritual sight, treating bodies as real and spirit as fantasy. It rests on the presupposition that only what happens externally matters.

As such, our modern civilization is spiritually blind. It is ignorant of the deeper reality and meaning of life. It is asleep to the deeper dynamics and evolutionary imperatives of human existence, and in its sleep it has produced nightmares for individuals and for the entire species.

The ravages produced by our spiritual ignorance are now being experienced on massive scales, producing deep psychological and emotional problems in individuals and seemingly unstoppable environmental and political destructiveness in the world. But such problems are not causes; they are effects that have resulted from a state of humanity in which we have become dissociated from what we truly are. Separated from who we are, we become neurotic at best and genuinely insane at worst.

“The ego mind, the delusional self, seeks every moment of every day to annihilate God’s creation. Which means its goal is to annihilate you. Within this world, the ego can have devastating effects. All of this is happening within a vast illusion, but the effects of the illusion feel very real while we are in the midst of it. The role of the miracle-worker is not to ignore the darkness but to dispel it.

The ego is our own mental energy turned against us. Yet just as darkness is nothing but the absence of light, so fear is nothing but the absence of love. The ego is simply a mental miscreation, the delusional thought that we are not who in fact we are. In its mad belief that we are separate, it persuades us that we are alone . . . and endangered . . . and unloved. Of course we are depressed. And the healing of our depression lies in remembering who we are.

ANITA JOYCE SKOCZ is a storyteller who resides in Central Florida. She credits her passion to her father, who dazzled her imagination as a child with his gift to weaver a tale. After a diving accident in 1978, Anita left the travel industry to journey the inner roads of her soul. The riches found on those adventures inward come to life in her children’s books. Anita’s books, “Crystal Star Angel” and “Kite Tale,” were inspired by the loving relationships her father had with his grandsons. From Where I Sit is a blog where Anita shares her life’s stories, or comments on current events from her soul’s perspective. Her insights can evoke laughter as well as take one on a reflective journey. In any case she hopes you join her each Wednesday for a new adventure.
View all posts by anitaskocz →
This entry was posted in Uncategorized and tagged body, Commitment, ego, god, innocence, Invisible self, love, spirit, True self. Bookmark the permalink.