Posted on December 4, 2014 by anitaskocz 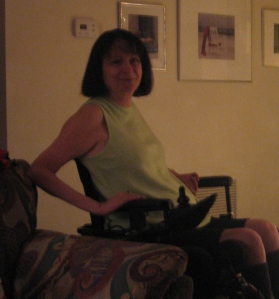 “Where did the shadow come from? The impulse for separation created the contrast—and the war—between light and dark. When separation goes pathological, it manifests as the shadow’s anger, fear, envy, and hostility. So the human soul feels simultaneously divine and diabolical, sacred and profane, saint and sinner. In Eastern wisdom traditions we have a saying that the sinner and the saint are merely exchanging notes. The sinner has a future and the saint has a past in which their roles are reversed. Forbidden lust and unconditional love are two sides of the same coin. You can’t have a coin without a head and a tail, or an electrical current without a positive and a negative terminal.”

ANITA JOYCE SKOCZ is a storyteller who resides in Central Florida. She credits her passion to her father, who dazzled her imagination as a child with his gift to weaver a tale. After a diving accident in 1978, Anita left the travel industry to journey the inner roads of her soul. The riches found on those adventures inward come to life in her children’s books. Anita’s books, “Crystal Star Angel” and “Kite Tale,” were inspired by the loving relationships her father had with his grandsons. From Where I Sit is a blog where Anita shares her life’s stories, or comments on current events from her soul’s perspective. Her insights can evoke laughter as well as take one on a reflective journey. In any case she hopes you join her each Wednesday for a new adventure.
View all posts by anitaskocz →
This entry was posted in Uncategorized and tagged darkness, light, separation, shadow, unconditional love. Bookmark the permalink.